Somewhere, there in Mslexia

My photo-poem 'Somewhere, there' was recently published in Mslexia 88 in their 'Eyeverse' section. I really appreciate the fact that this publication has a space specifically for text-image poetry submissions. I often find it challenging to fit in my photo-poems into existing publication formats; whether that is an editorial decision to include only text, use images alone or as illustration only, or due to the constraints of the format, i.e. print costs. So thank you Mslexia for this opportunity. 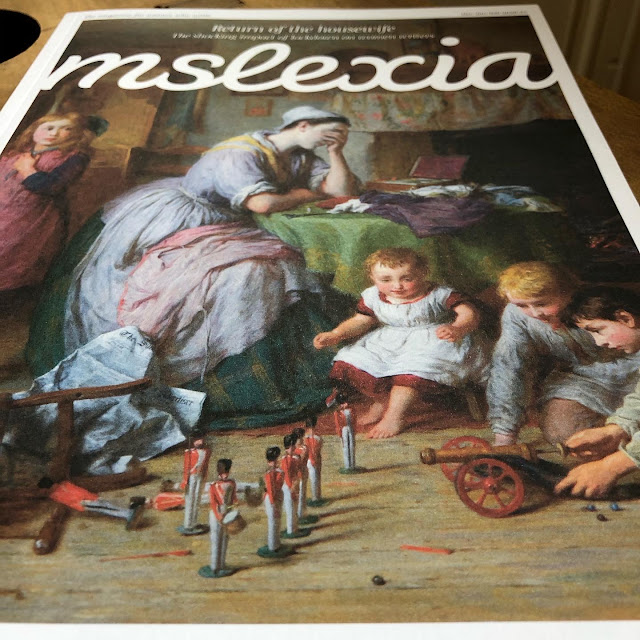 Posted by Catherine Marshall at 18:41 No comments:

Photo-poems in The Evergreen IV 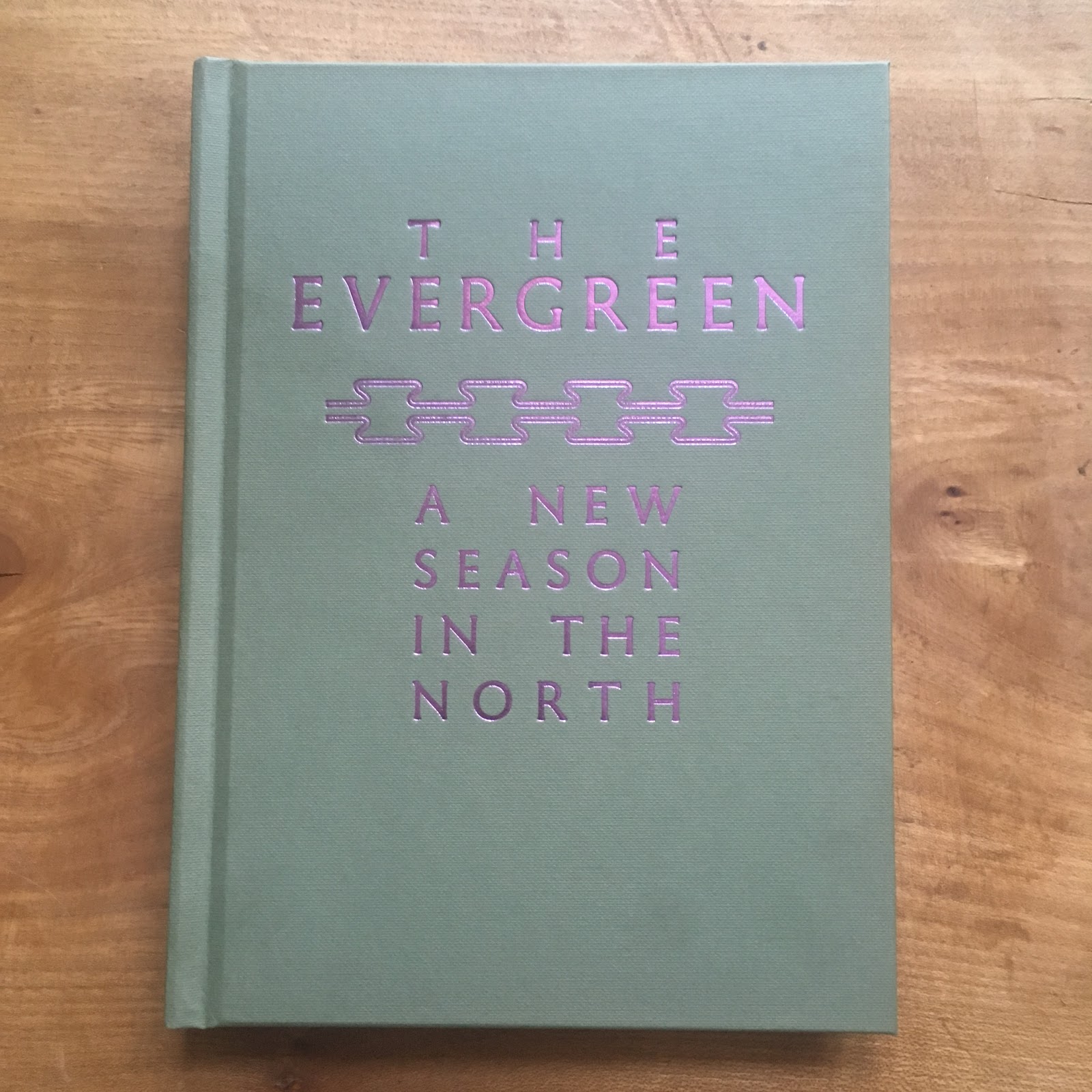 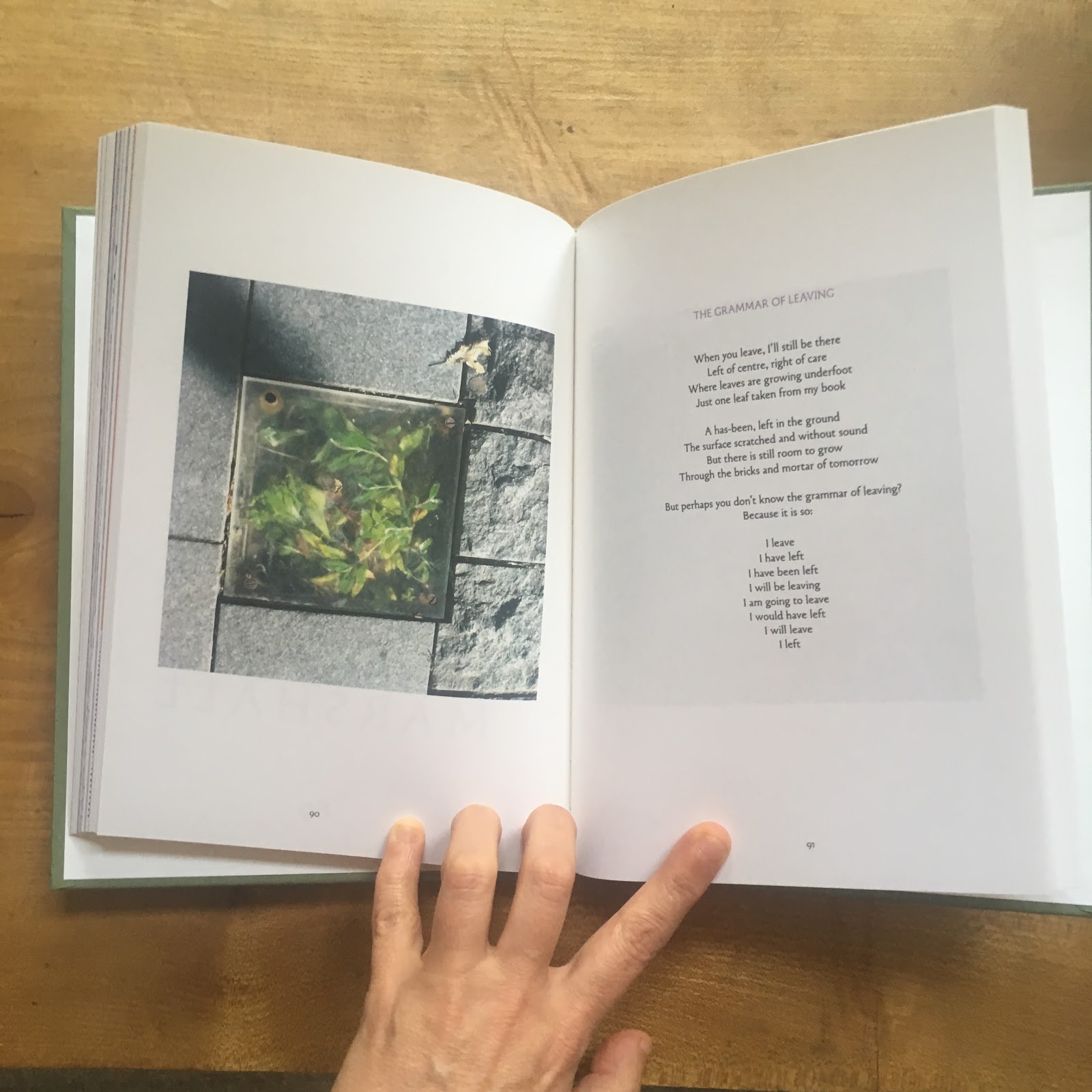 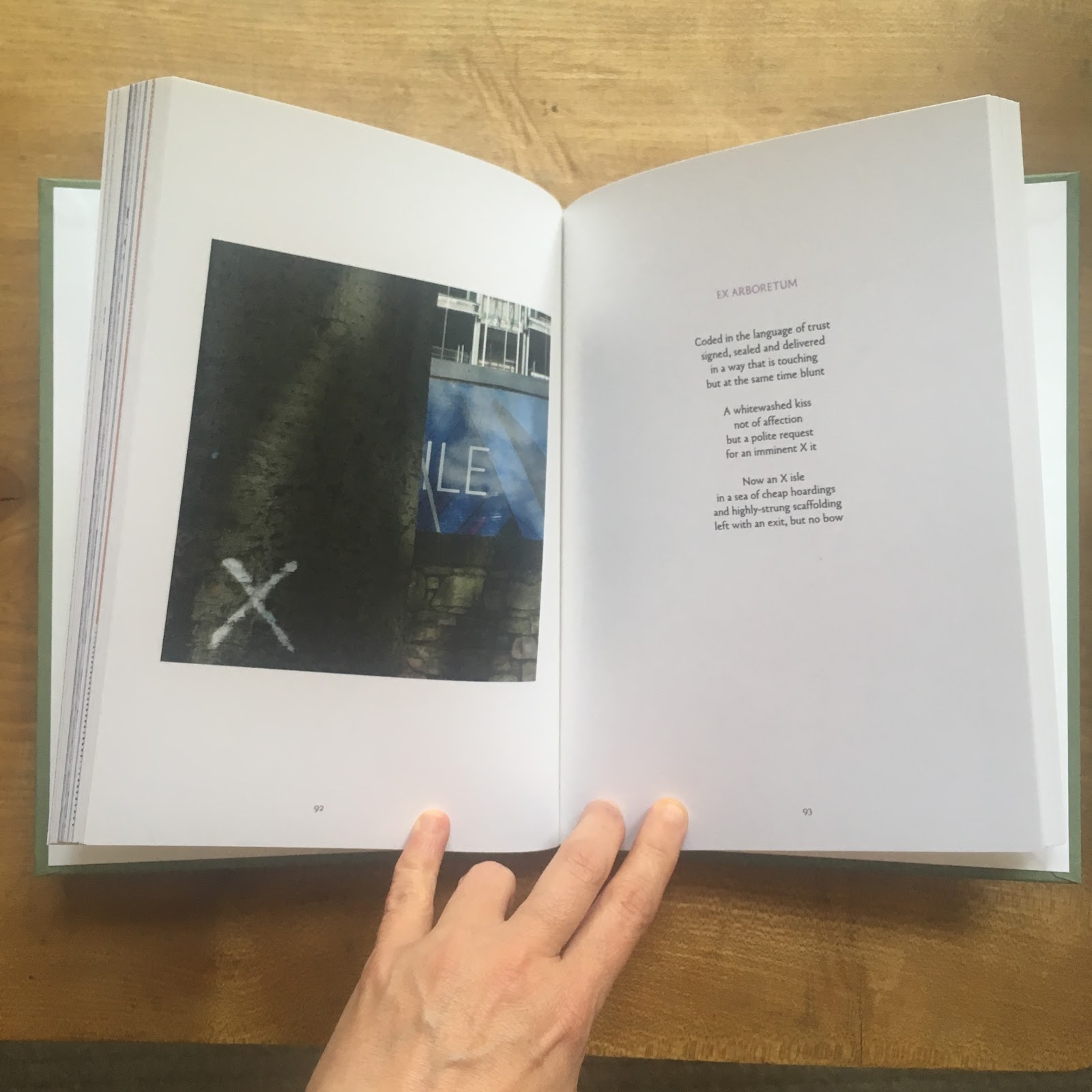 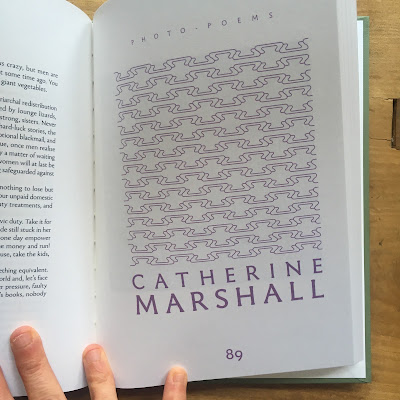 I have two photo-poems published in the fourth volume of The Evergreen: A New Season in the North is now available from The Word Bank. The final volume in the series breaks with the tradition of Allan Ramsay and Patrick Geddes by featuring only female contributors: editorial, prose fiction and non-fiction, poetry and illustration.
The guest editor for this volume, Lucy Ellmann, was shortlisted for this year's Booker Prize for her novel, Ducks, Newburyport.
The contributors are:
Monica Datta       Janet Dick       Elizabeth Elliott     Lucy Ellmann             Helena Fornells      Kylie Grant     Joyce Guthrie    Ellen Hair   Anjum Hasan      Judith Hertog   Astrid Jaekel         Kristen Lowman   Lesley McAra     Catherine Marshall      Lila Masumoto    Chiara Organtini    Petra Reid      Suzy Romer          Effie Samara        Alice Tarbuck      Rafaela Taylor            Maria Vlachou                 Phoebe Weller     Shelagh Wright
On 21 November 2019 at 8pm there will be an event with readings from the volume at Topping & Company booksellers in Edinburgh with Lucy Ellmann and contributors.
Copies of The Evergreen Vol 4 are available here for just £15 and post-free within the UK only. PLEASE NOTE: for Europe add £5, for Worldwide add £7 or if you are local to Edinburgh and want to pick up in person, at the Summerhall Shop.


Posted by Catherine Marshall at 15:29 No comments: 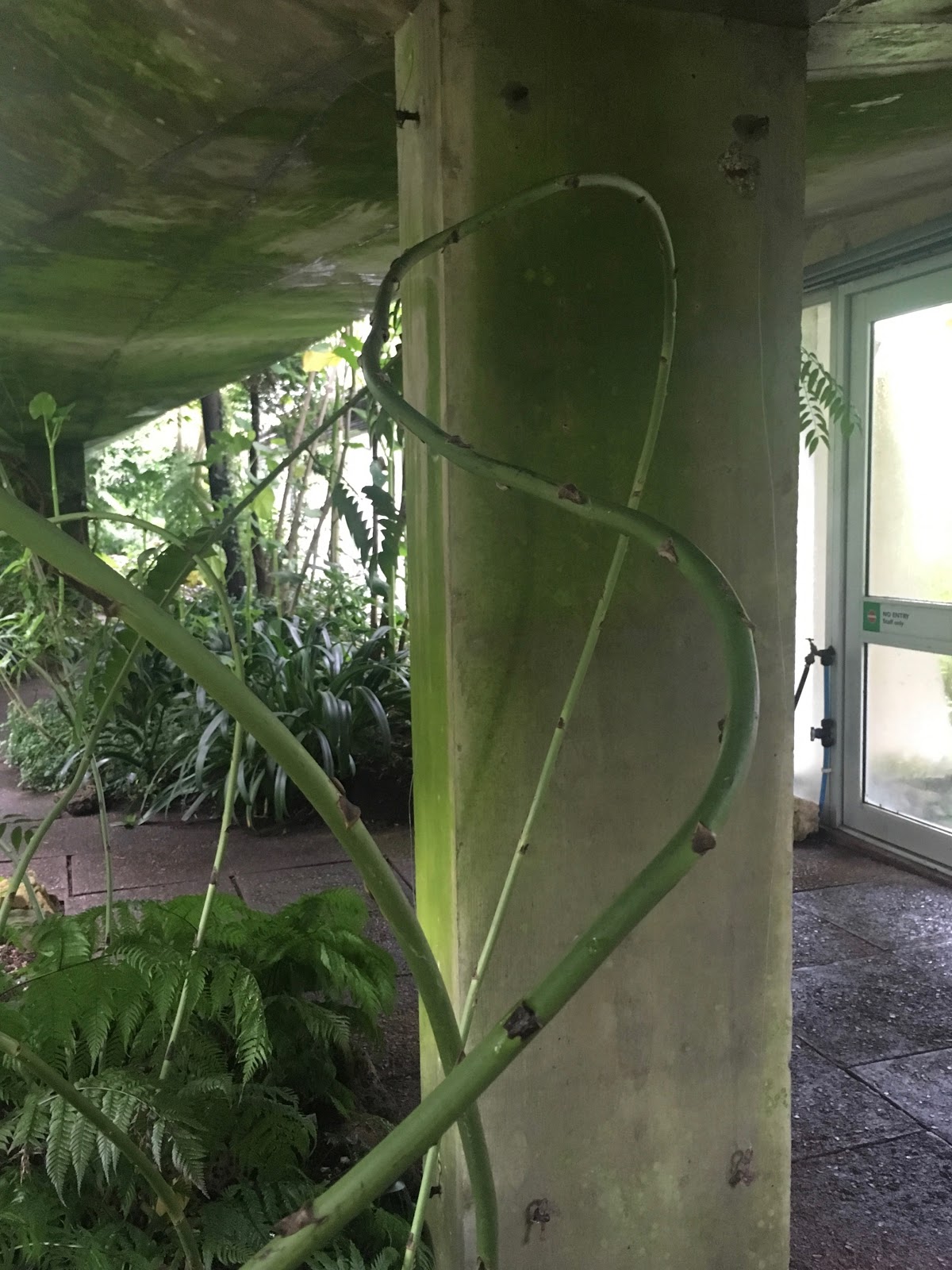 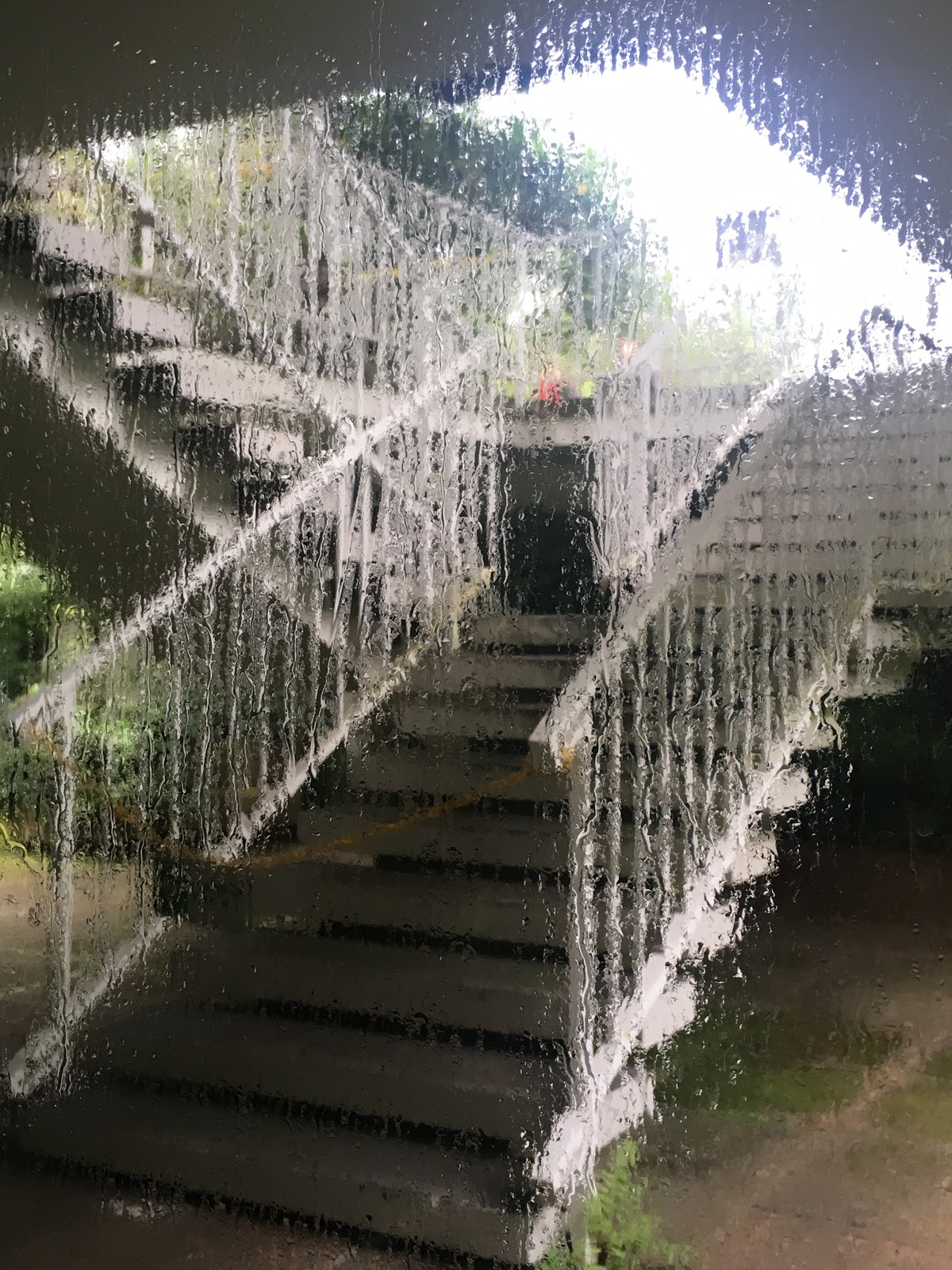 When I get home, I don't know what to talk to you about.
Who are you? 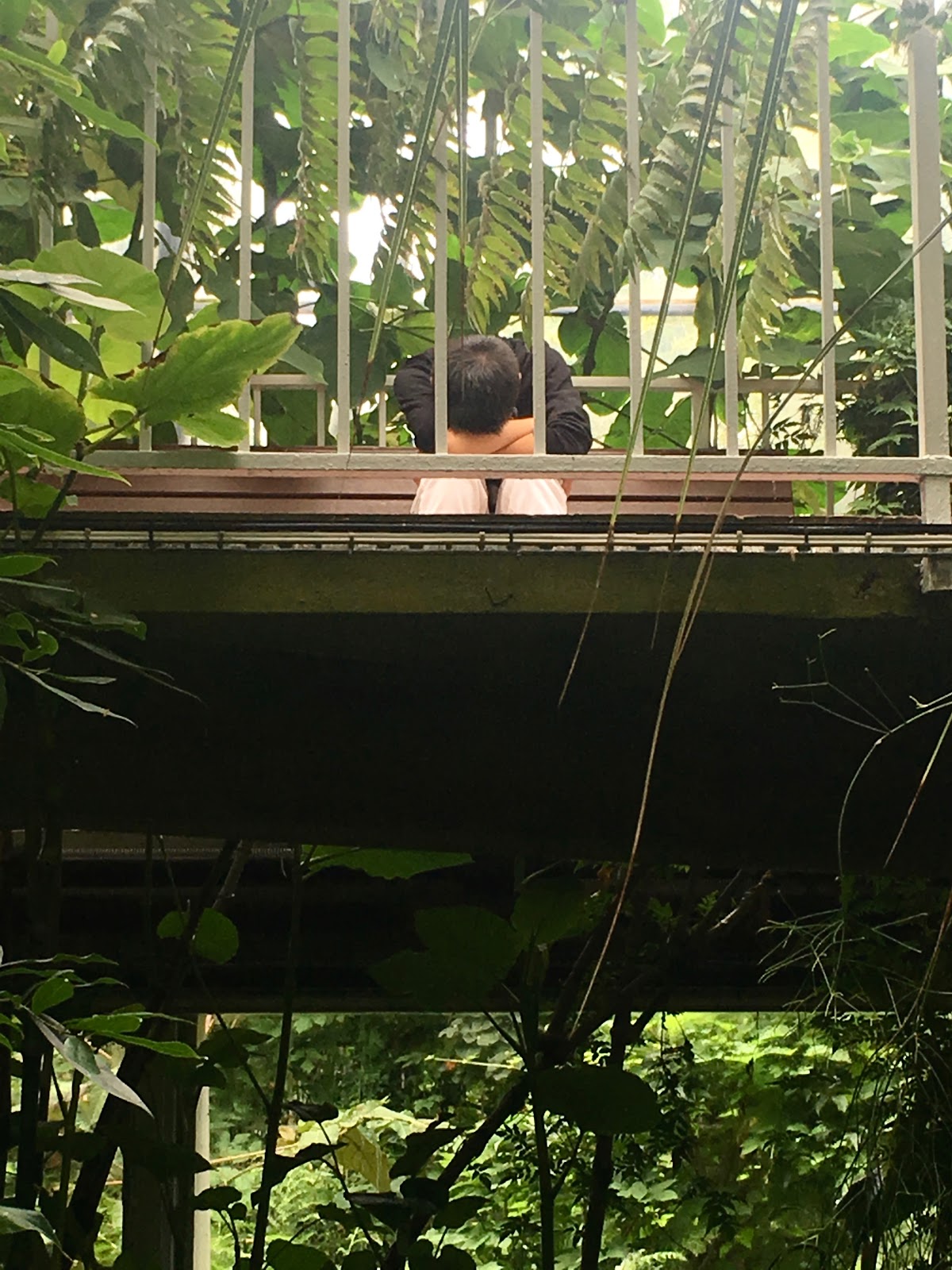 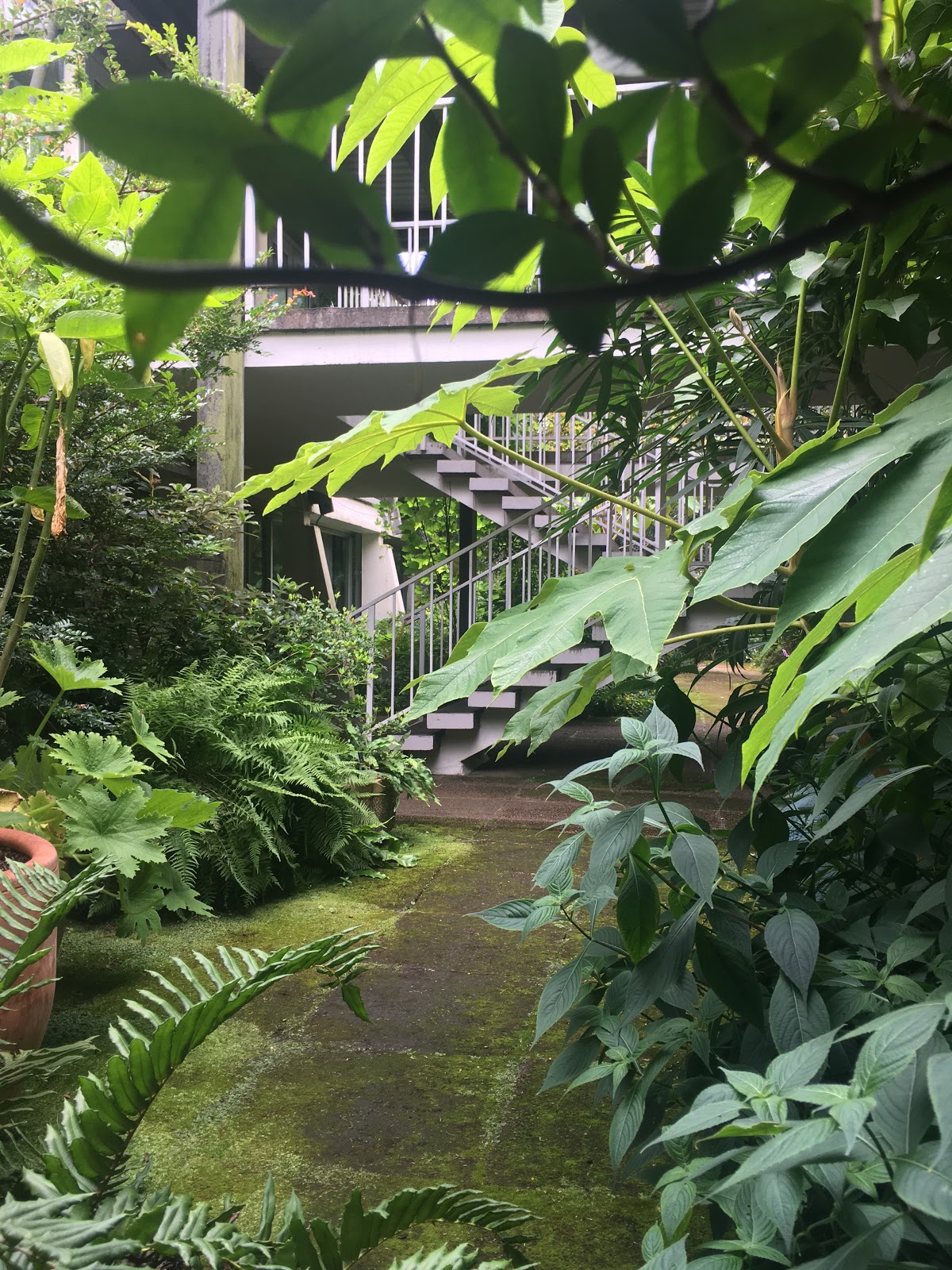 ..and I just asked about the scones,
you know,
and I just wanted confirmation
you know? 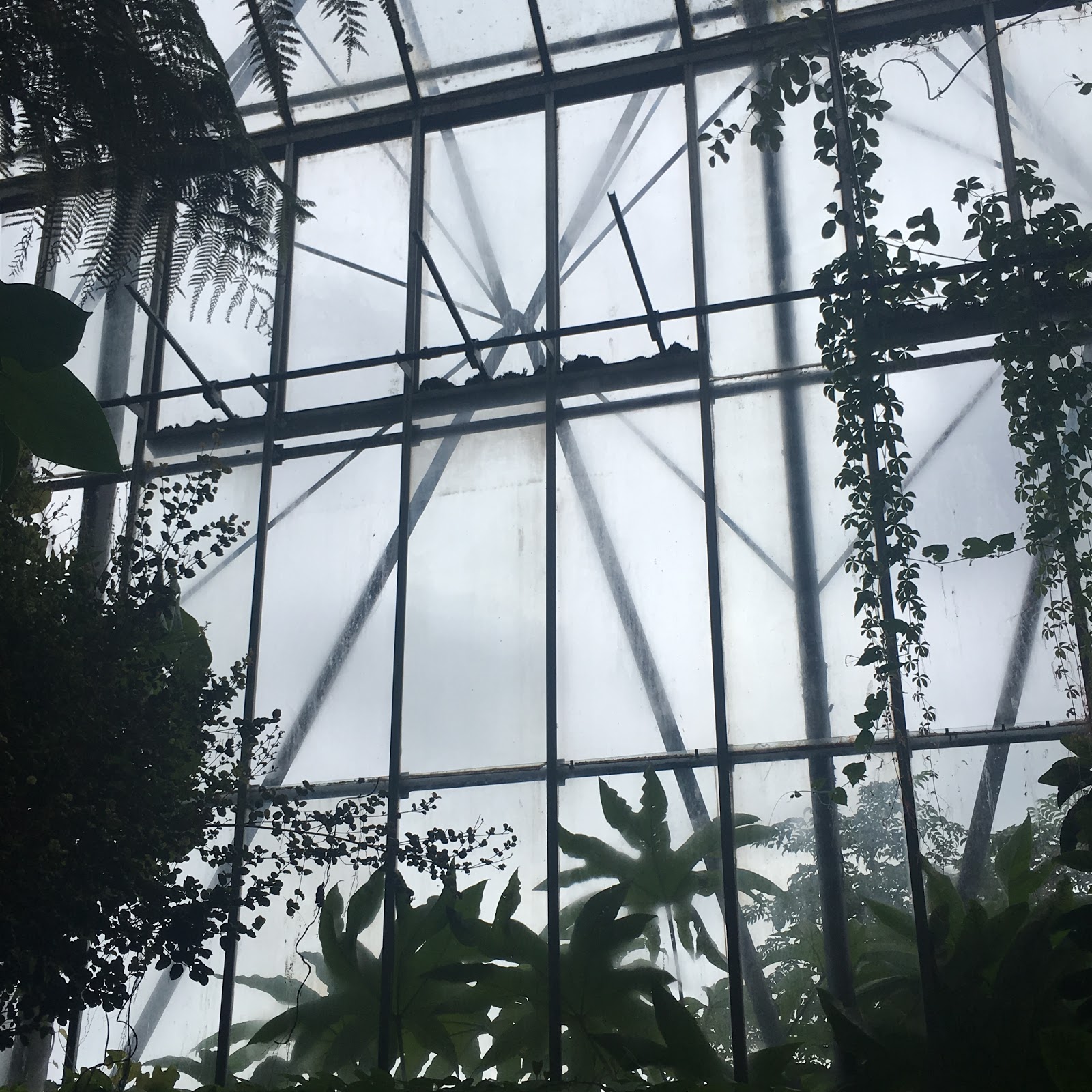 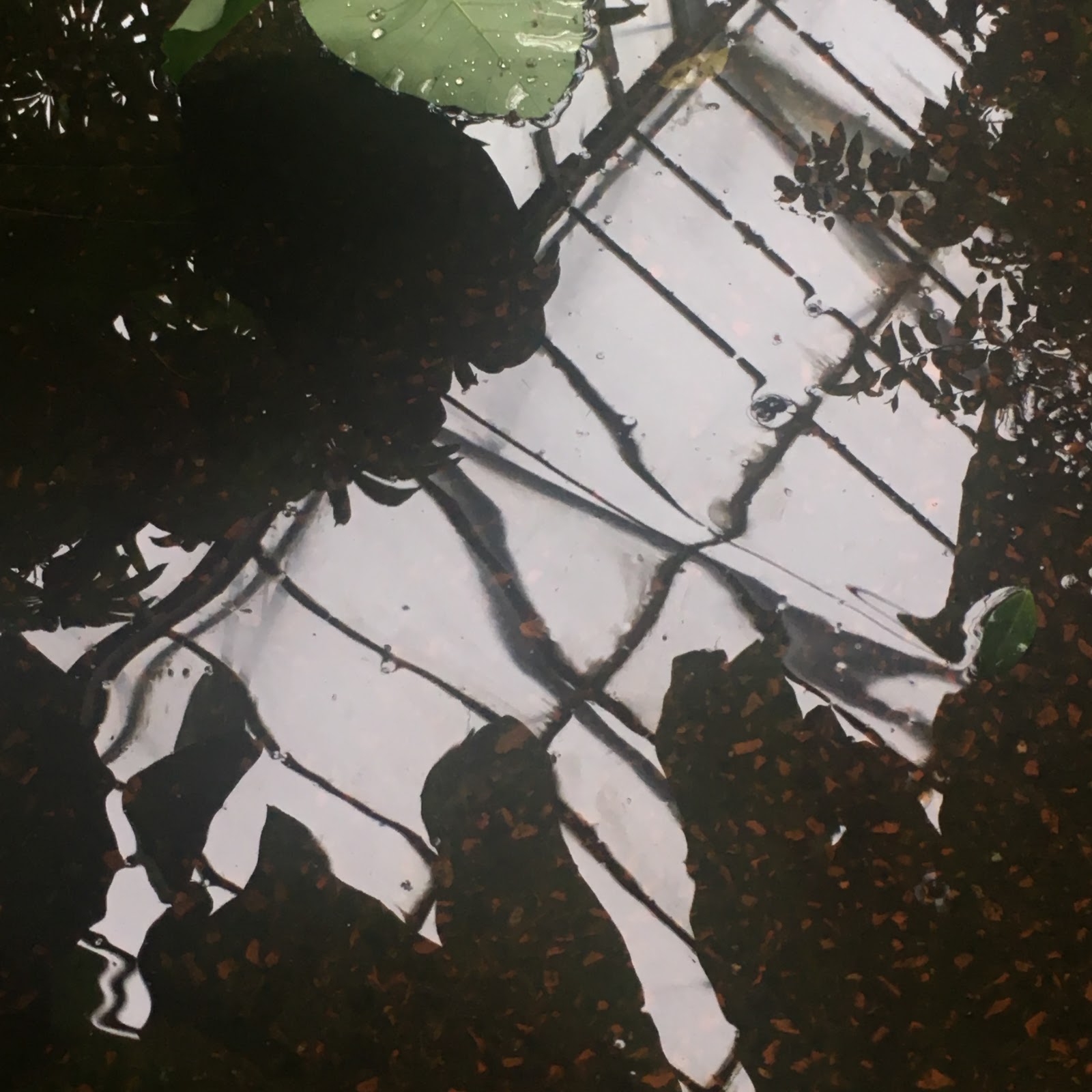 Ich werde mich nach Draußen sitzen
- I'm going to sit outside
A most profound conclusion
So full of meaning and weight
when said in German by a man,
with a voice like stone, gravel and sand
as if to say,
there is nothing temperate about this place
humidity wraps around his words
the air, though heavy, is put in its place
cloying and sweet, his voice dry and deep
There is no equilibrium between the man and this place
yet he is so mild and agreeable
as he leaves his wife in the temperate house 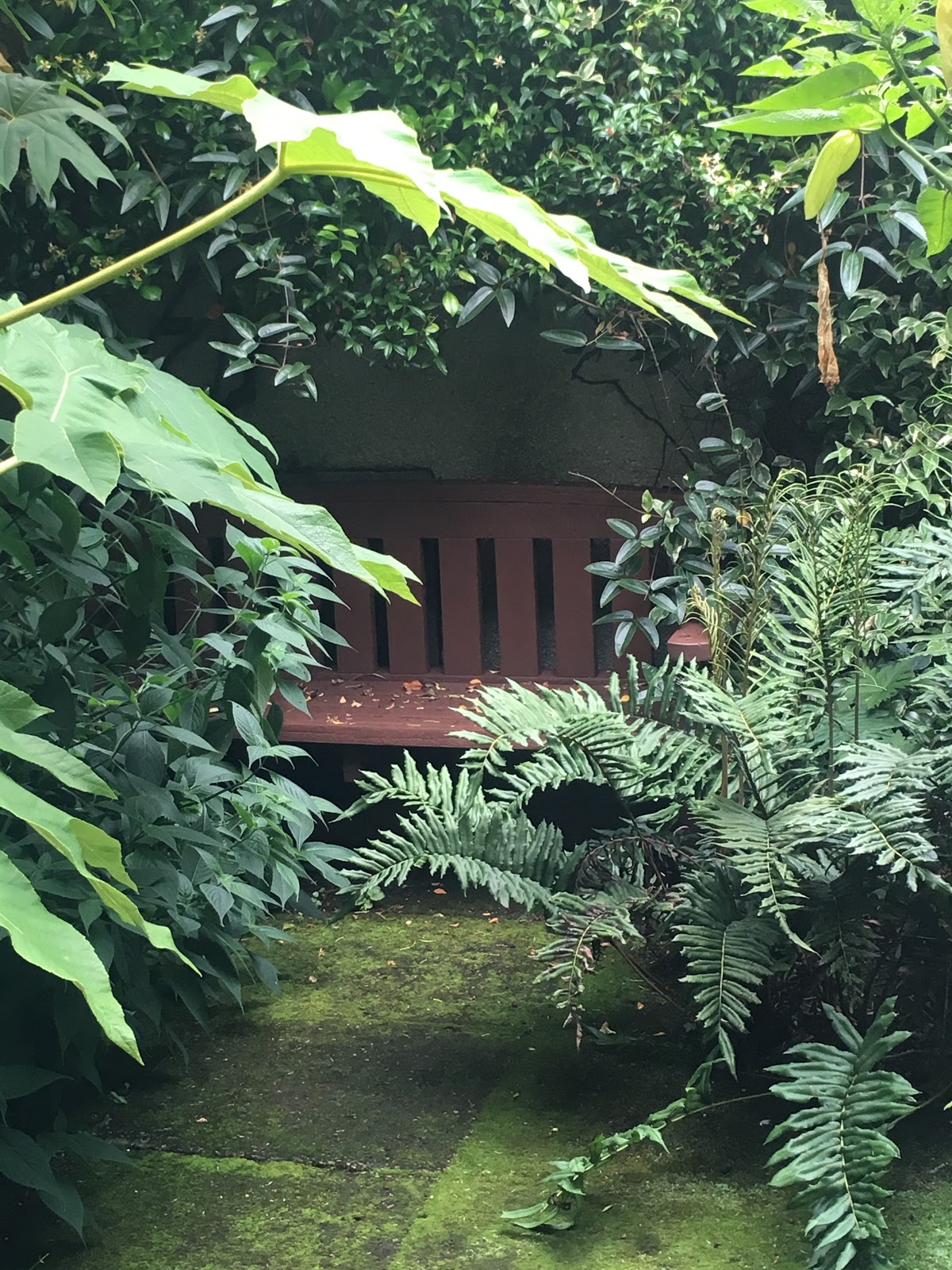 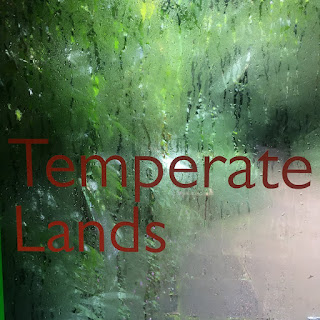 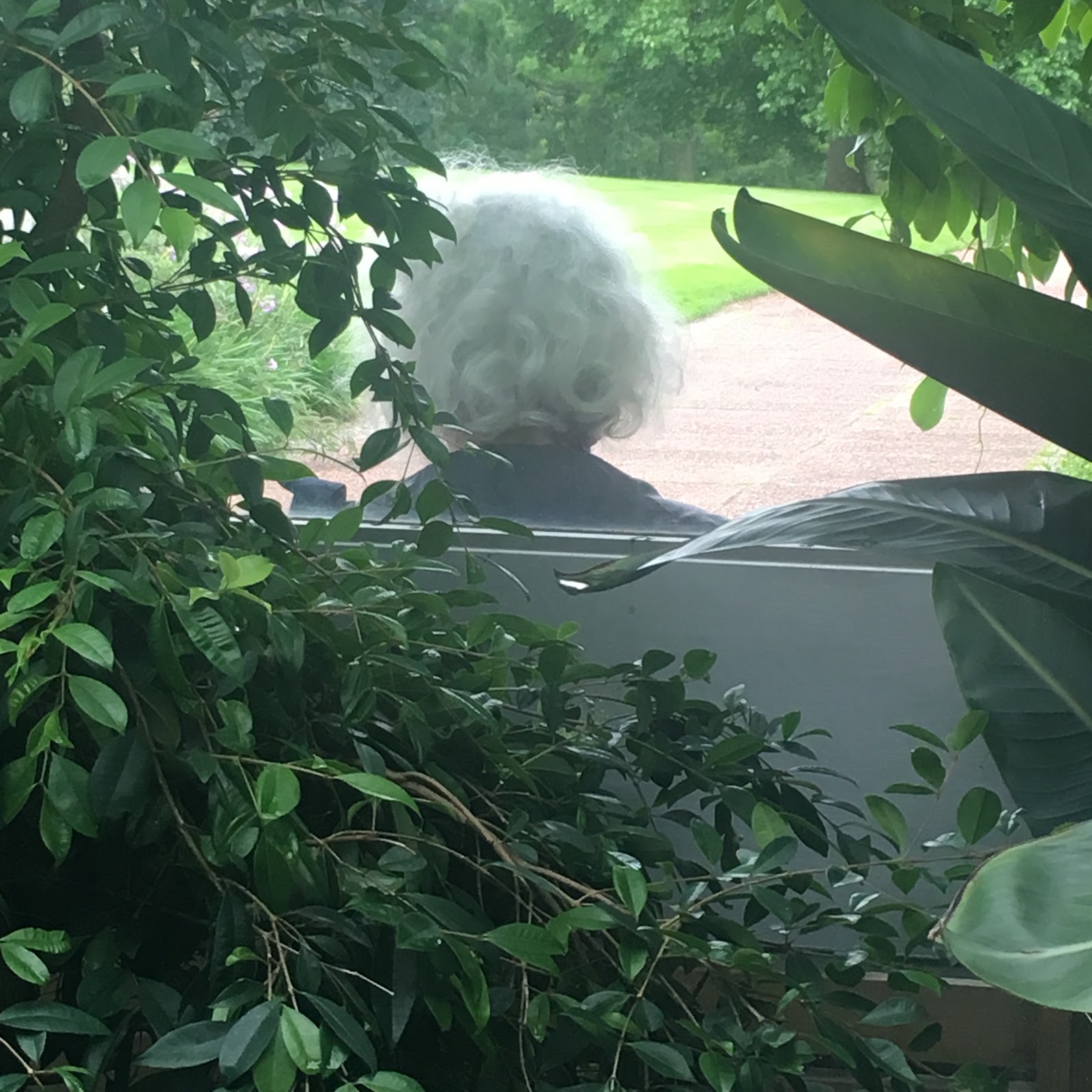 Posted by Catherine Marshall at 01:08 No comments: 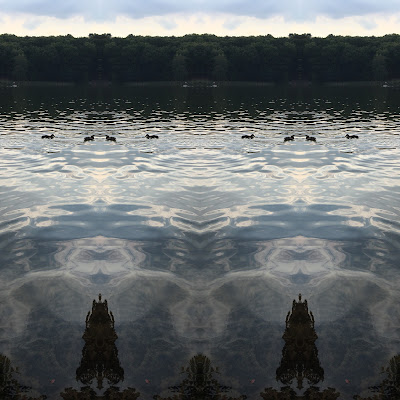 Posted by Catherine Marshall at 13:54 No comments:

‘Roll up, roll up to the merry-go-round ! Escape the humdrum ! Stories are written/erased, images blur/reappear. A ride that ends where it begins, where no journey is ever the same…’

30th August to 9th September
Merry-go-round is an exhibition taking place at twelve triangles cafe in Portobello as part of Art Walk Porty festival 2018. Artists from the book collective Edinburgh and Elsewhere artist book collective  are showing photos, poems and artist books including Dinda Fass, Elaine Robson and myself.
"The merry-go-round is a favourite fairground ride for many, offering the chance to escape from the humdrum, albeit momentarily, into a different world. It is a place where you can travel, but without going anywhere. The ride just ends where it starts. But many things can happen riding the merry-go-round. Memories can fade away or be recollected, stories can be written or conversely erased, images can blur, fade and reappear all within a matter of moments. The ride is repeated but different details appear, other moments matter, new thoughts occur"

If you are in Porty, then come down! 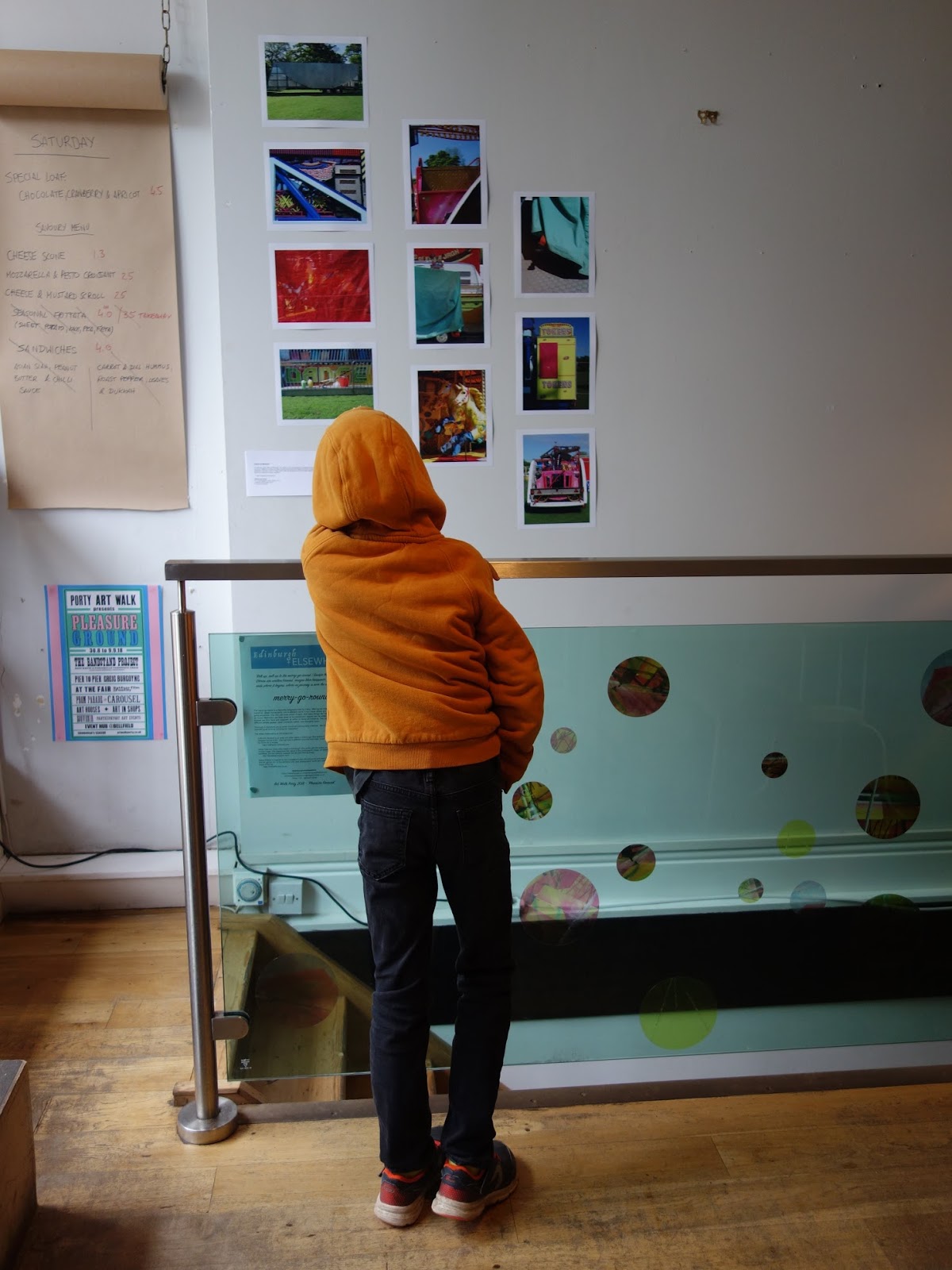 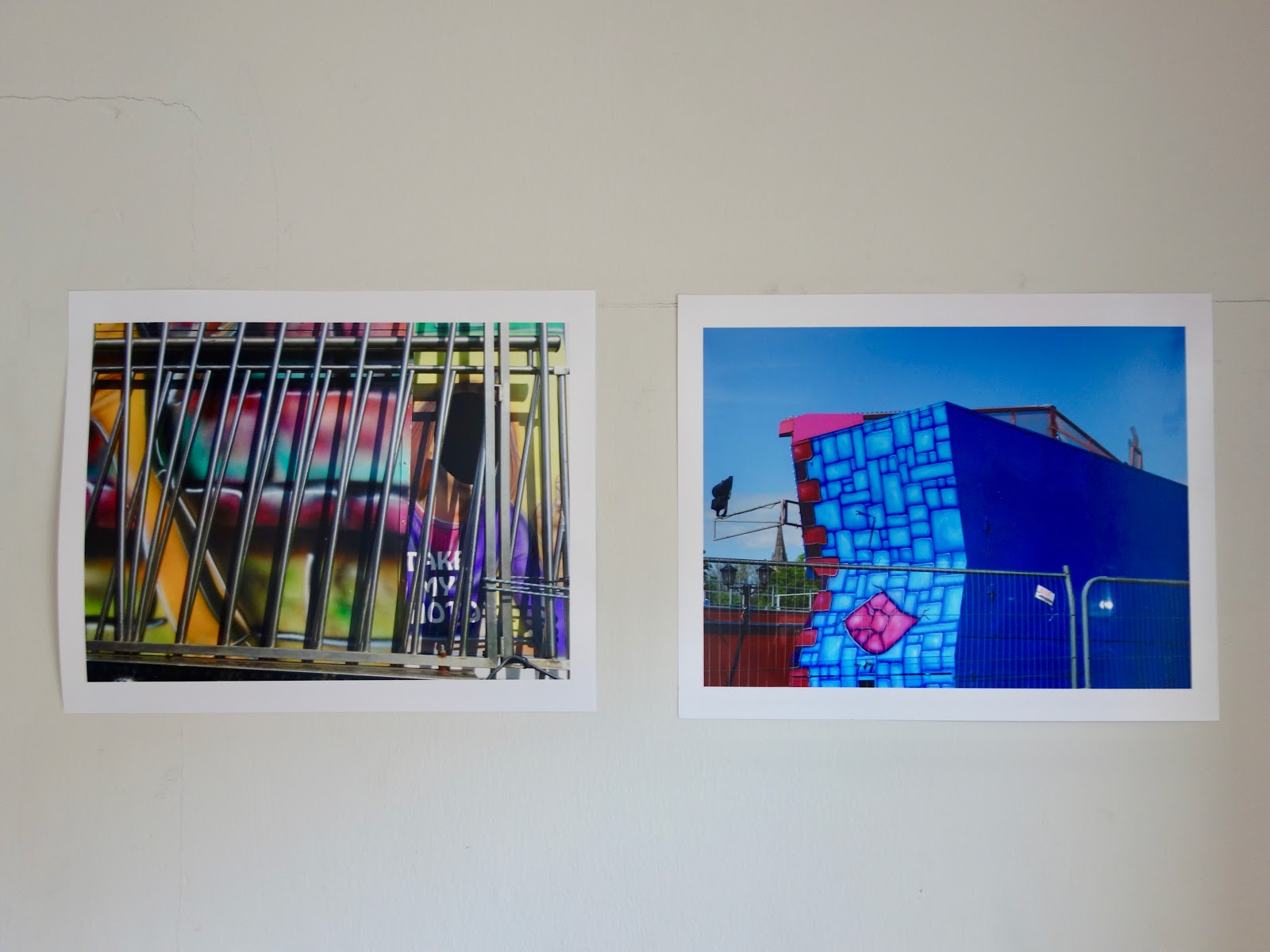 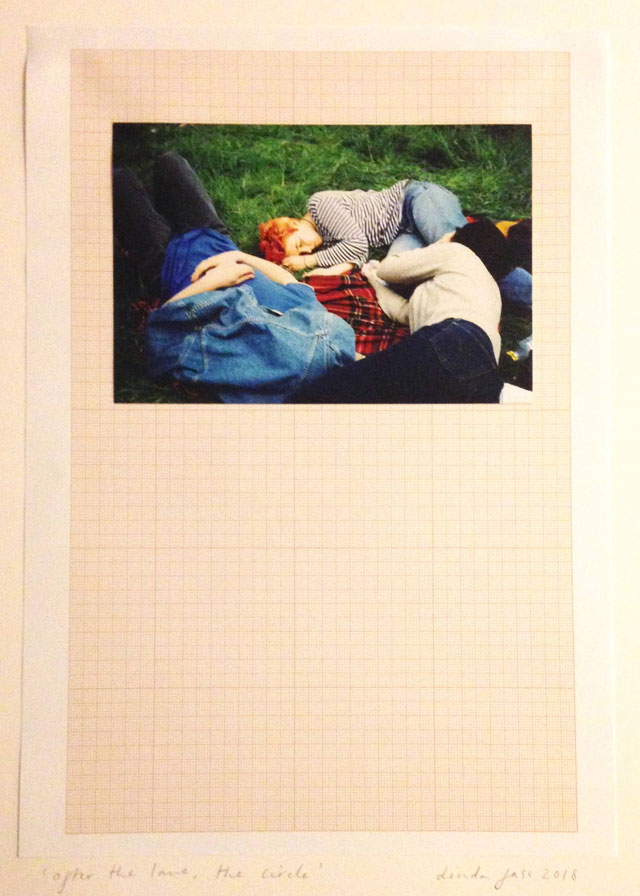 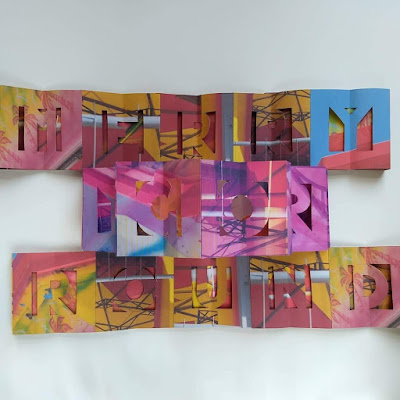 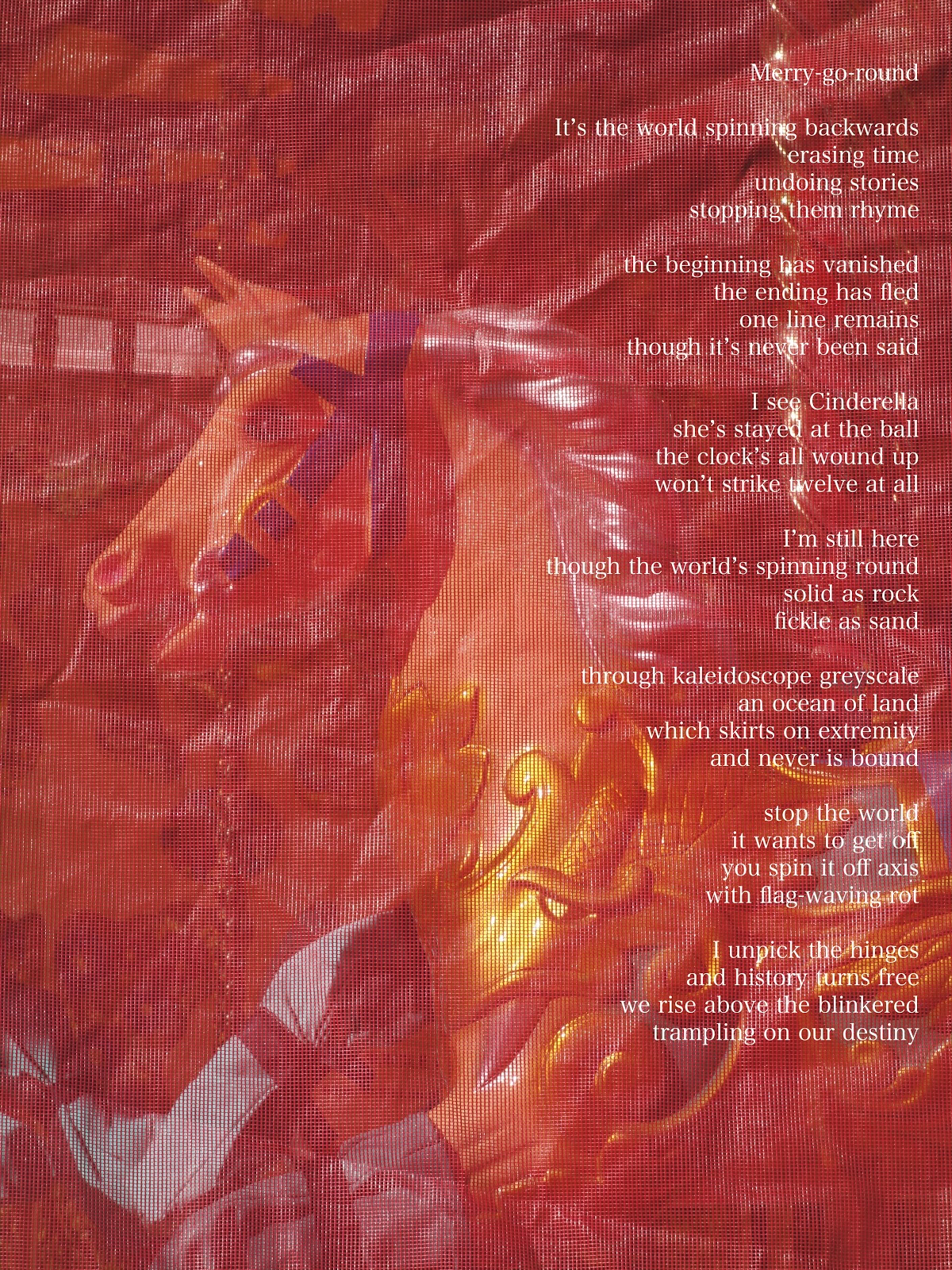 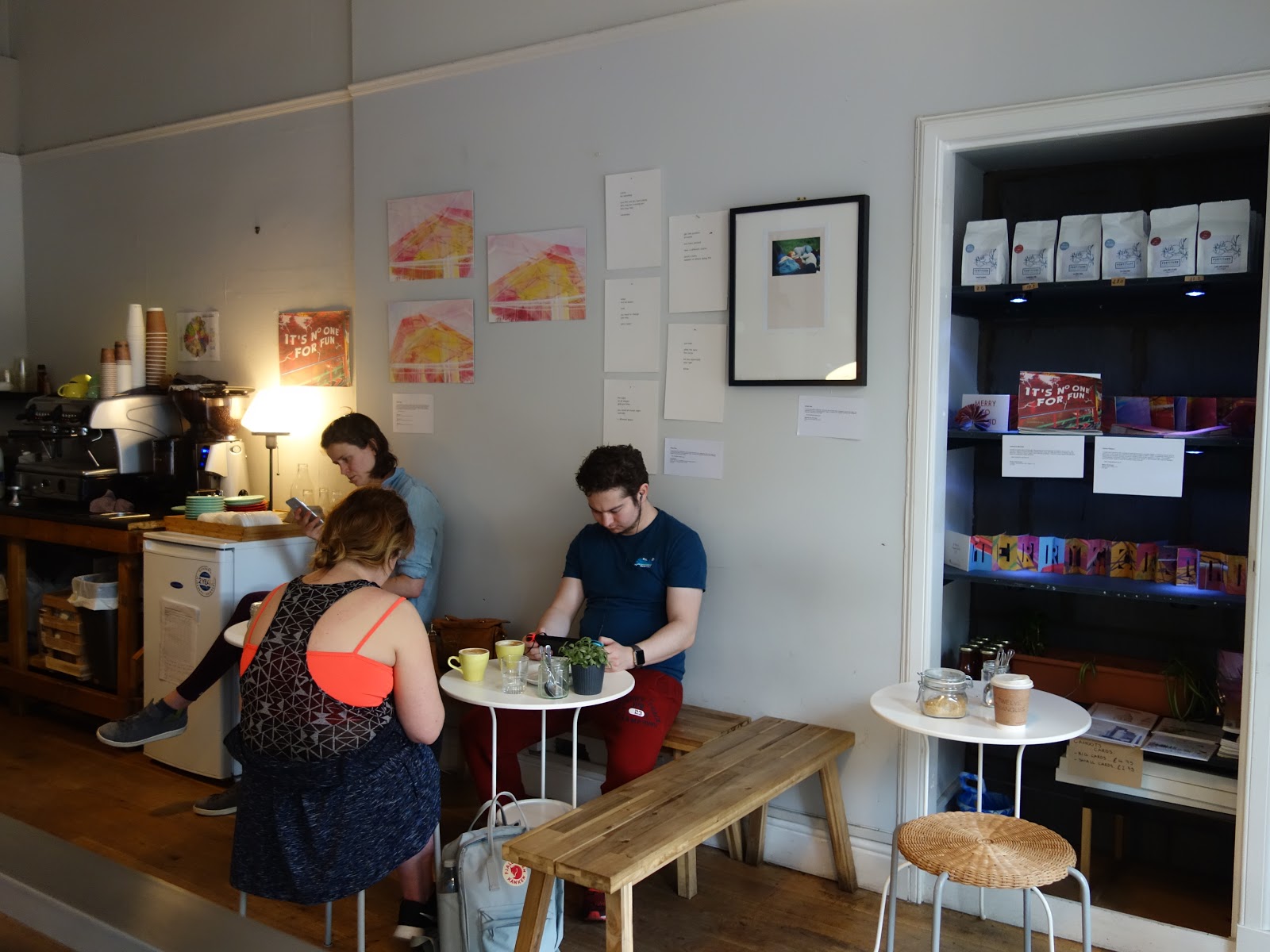 Posted by Catherine Marshall at 11:08 No comments: 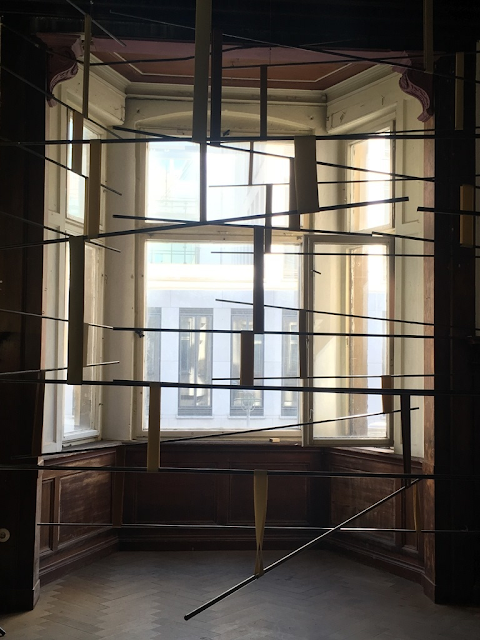 I am very excited that my review of the exhibition, 'Like Home', has been published on the blog of the Elsewhere: A Journal of Place.

Featuring artists from South America who explore ideas of place and belonging through abstract art, you still have time to catch this exciting and colourful show which is on until 21 July 2018 in Berlin. The location, a grand corner apartment block in Berlin's Mitte, reminds me the time of abundant unrenovated apartments in Berlin back in the early 2000's and is well worth a visit.

'Elsewhere is a journal dedicated to writing and visual art that explores the idea of place in all of its forms, whether city neighbourhoods or island communities, heartlands or borderlands, the world we see before us or landscapes of the imagination.'

I have been a fan of the Elsewhere for quite some time, enamoured of the print journal's beautiful design and illustration by Creative Director, Julia Stone, and impressed by the photo essays and high quality writing, selected by Editor in Chief, Paul Scraton. The latest issue, no.4, is available here. 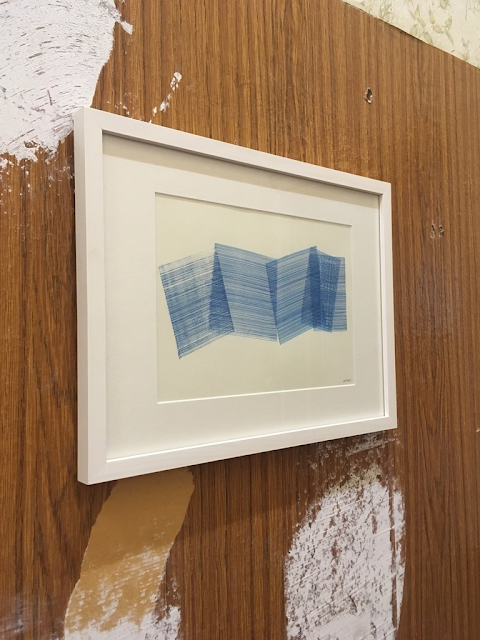 Posted by Catherine Marshall at 16:32 No comments:

Which word is the opposite of ubiquitous?
Rare or rainy?
Robert Walker, winner of two poetry contests: You might
use 'local, sited' and in some instances 'specific, narrow, finite.'

Can I say un-ubiquitous?
To Hindus, Jews, Christians and Muslims, God is ubiquitous
I meant by ubiquitous to imply the opposite.
Madonna's omnipresent bodyguards, ubiquitous, ever-present, pervasive

What made you want to look up ubiquitous?
I wanted to describe the turquoise colour
that seems to be on so many houses
in the town I live in.

Please tell us where you read or heard it.
I am an optimist and I love that word.
I saw it in a Chinese restaurant
describing about dumplings

Love words? Need even more definitions?
Their HQ comprises miles of corridors
with their ubiquitous coffee machines
Synonym of pulchritude

Which word is similar to ubiquitous?
Indifferent or Omnipresent?
Word of the day: decimate
7 May 2018

Did you find this useful?
ubiquitous fog; ubiquitous little ants
[yoo-bik-wi-tuh s]
It seemed to be ubiquitous.

Posted by Catherine Marshall at 10:40 2 comments: